From wrapping food to braaing fish and mielies, aluminium foil has an abundance of practical uses, and due to its low cost and high versatility, is one of the most common items found in the kitchen today.

Although you probably use this ‘metallic paper’ in numerous applications around the house, we’re willing to bet there are plenty of other rather ingenious uses of the foil you probably don’t already know. From sharpening and decorating to general household improvements, aluminium foil is more than just your go-to food wrapping solution. Here’s a list of some of the less known uses of aluminium foil, some are probably a little unnecessary, whilst others have proved to be legitimate life hacks!

1. Use AAA batteries in an AA battery device.

It’s happened to the best of us, it’s 9 PM and you’re relaxing on the couch in your pajamas watching TV when the remote’s battery decides the power struggle is over. All you can find in the house are those AAA batteries that someone bought for, well, accidentally or for no particular reason at all.

The solution: Using a little foil, make a little wedge to fit into the gap between the loose battery and the connecting contactor. And there you go, a simple yet effective solution. Keep in mind that this is a temporary solution and could potentially damage your device so use it at your own risk.

We find this far too often, food sold in unsealable sachets or pouches with quantities you’re never going to use in one go. All too often we open a sachet of tomato paste only to use the small amount required in our recipe. We then throw away the remaining paste, or even worse, we put into a small Tupperware only for it to get lost in the dark abyss of the fridge until months later when a hungry teenager finds the now-furry tub in a starved raid.

The solution: Fold the mouth of the pouch over then iron it closed using aluminium foil. Basically, you’re melting the bag closed and using aluminium to prevent the bag from melting onto your iron. Be advised that some sachets and pouches are made from non-plastic compounds that won’t melt, in this case, you can simply place the open sachet in a small plastic lunch bag and seal the lunch bag using this method.

Bananas… For many people, purchasing a bunch of bananas is an act of ‘great foresight’. Our thought pattern goes something like this: “If I buy these now, I’m set on breakfast for a week.” Only for Thursday to role around, and our ‘nanners have turned brown, and suddenly Friday’s looking like a corn flakes sort of day. Sometimes we consider baking banana bread and pretend we meant to let them get overripe, but mostly we throw them away and feel bad. There is a better way. A way that requires nothing more than what is already likely to be in your kitchen. You guessed it, aluminium foil!

The solution: Divide your banana bunch up into single bananas then simply wrap the banana stems in aluminium foil or plastic. This method prevents ethylene gas, produced naturally in the ripening process, from reaching other parts of the fruit and prematurely ripening it. If you can remember this last point, you will seem like an absolute genius when you tell your friends about this nifty trick!

Need a visual? Here’s a video:

The solution: We’re not going to attempt an explanation on this one as it’s not an exact science, but this video should show you everything you need to know:

Another simple yet effective use of aluminium foil is sharpening your scissors. You can sharpen scissors by simply folding a sheet of foil until it is 4-5 layers thick then cutting it with the blunt scissors. It may not be the most effective method to sharpen your scissors but it beats spending money on a “scissor sharpening device” (does that even exist?).

The Uses Of Stainless Steel In Aircraft

Aeroplane Manufactured With Stainless Steel. Modern aircraft are perfect examples of mankind's progression in technology and engineering. Built to be... read more

Water Droplets On A Stainless Steel Rail Steel has been an invaluable industrial material for millennia. The earliest known use... read more

What you need to know about Aluminium - An infographic with statistics and details on aluminium, its production, price... read more

Machine Parts Cut On Water Jet Five Benefits of Water Jet Cutting It doesn't matter whether you are new to water... read more

First off, lets start by stating that MIG Welding aluminium with a general purpose MIG welder is not recommended,... read more 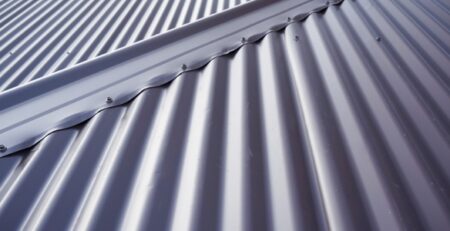